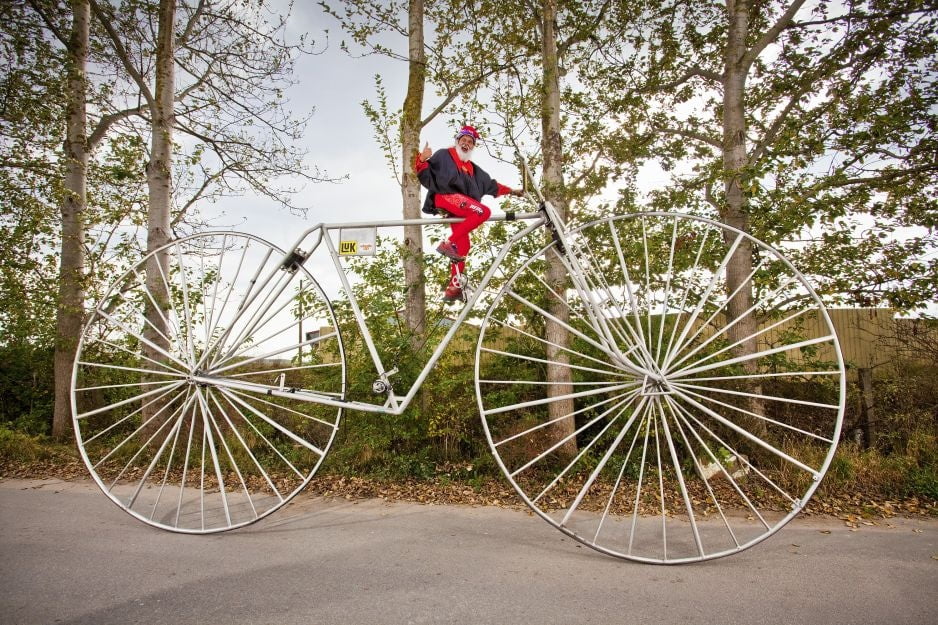 On Your Bike, Sunshine – 10 Cycling Facts You Probably Didn’t Know

To the humble bicycle….

Now that spring is officially here, people are on their bikes all over the country, cycling for charity, for fun, or to lose those extra winter pounds! Cycling to work is a great way to jump on the biking bandwagon and join the growing trend for sustainable transport.

The multiple health benefits of cycling, which include increased fitness, reduced cancer risk and weight loss, are well known. More and more people are taking up cycling, and the growing population of bikes (more than 100 million are manufactured every year) have got to go somewhere.

Cycling is environmentally friendly; unlike cars, bikes don’t require fuel so don’t emit carbon dioxide  and other pollutants. Installing cycle shelters on commercial and school premises is a good way to demonstrate green credentials, especially if you go for a visually appealing option that can be made bespoke to match the company branding and colours.

And here’s some interesting bike facts you probably haven’t heard before!